3 Ways Cosmetic Dentistry Can Give You a Celebrity Smile

Filed under: Uncategorized — distinctivedentistry @ 10:52 am

There’s a good chance you believe cosmetic dentistry is for the famous alone. “After all,” you may think, “Only celebrities could afford such gleaming smiles.” However, the truth is that such dental work is available for almost everyone! Indeed, cosmetic services for teeth are widely accessible now. You could see your local dentist for a procedure that’d transform your smile’s looks if you wanted. To prove it, here are three cosmetic dental treatments that can make teeth fit for Hollywood.

5 Reasons to Replace Your Metal Crown

If you have a metal dental crown in your mouth, there might come a time when you need to replace it. Maybe it’s old and worn, or maybe you’re simply tired of its obvious noticeability whenever you smile or laugh. Fortunately, modern dentistry has come a long way and there are now several better and more aesthetically pleasing dental treatment options, such as metal-free crowns! Read on to learn more from your dentist about five reasons why you should opt for replacing your metal crown with one made from non-metal materials.

END_OF_DOCUMENT_TOKEN_TO_BE_REPLACED
Comments Off on 5 Reasons to Replace Your Metal Crown

School is almost in session! With summer coming to an end, parents are starting to prepare their kids for their return to the classroom. From buying school supplies to figuring out your child’s schedule, there are many things to be done during this time of the year. It’s easy to get lost amidst the back-to-school preparations, but there’s one you shouldn’t put on the back burner – your child’s oral health. Read on to learn a few helpful tips to prevent dental emergencies.

END_OF_DOCUMENT_TOKEN_TO_BE_REPLACED
Comments Off on Back-to-School Tips: How to Prevent Dental Emergencies

If you’re unhappy with your smile because of stained and discolored teeth, you aren’t alone, and your situation isn’t hopeless! Teeth whitening is just one of many available cosmetic treatment options that can give your pearly whites a brighter and whiter glow. That said, if you’re curious about having your teeth whitened, one of the first questions on your mind is probably: “When should I get the process started?” Keep reading to learn more from your dentist about teeth whitening and why summertime is the perfect time to begin upgrading your smile.

Do you often experience a foul odor coming from your mouth? Even though you brush your teeth and use a mouth rinse every day, you still seem to notice it, and this can feel embarrassing. Fortunately, there are proven methods for fighting off bad breath and maintaining fresh dental health, and you may be surprised to learn that yogurt is one of them!

END_OF_DOCUMENT_TOKEN_TO_BE_REPLACED
Comments Off on Can Yogurt Help Fight Bad Breath?

3 Surprising Foods That Can Cause Cavities

Most people are aware that sugar is the main culprit of cavities. Without preventive care, this can cause some potentially serious dental health issues in the future. For the most part these kinds of snacks involve candy and other sweets. However, there are other lesser-known foods you might want to know about if you want to keep your teeth in great condition. Read on to learn three other foods that can also cause cavities!

END_OF_DOCUMENT_TOKEN_TO_BE_REPLACED
Comments Off on 3 Surprising Foods That Can Cause Cavities

Why Is There Fluoride in Drinking Water?

Fluoride is a naturally occurring mineral that is found in bones and teeth. It can also be found in rocks, which release it into the soil, water, and air. Fluoride is used in dentistry to strengthen the enamel, which is the protective outer layer of teeth. This makes them better at fighting tooth decay. Small amounts of fluoride are added to sources of public drinking water in many countries, including the United States. The primary reason for this is to improve the dental health of the general public. Many people think this is a bad thing, but fluoride is actually keeping costly dental issues at bay. Read on to learn more about four ways that fluoride in drinking water benefits your community.

END_OF_DOCUMENT_TOKEN_TO_BE_REPLACED
Comments Off on Why Is There Fluoride in Drinking Water?

Every six months, you visit the dentist for your biannual checkups and cleanings. During your appointment, they take X-rays, thoroughly clean your teeth, and examine the oral cavity to ensure that there aren’t any problems that need to be addressed. Though all these steps make sense to you, there’s one thing that doesn’t: why do dentists take blood pressure? Read on to learn about three reasons why this information is helpful to your dentist and how it may benefit your oral and overall health.

How Flossing in Dallas Can Be a Lifesaver

Flossing needs to get a new publicist. After all, brushing is the aspect of the oral care regimen that’s usually in the spotlight. Whether everyone realizes it or not, flossing is very significant in its own right. In fact, regular flossing can even be a lifesaving act. Keep reading to learn from your dentist why daily flossing in Dallas matters so much for your oral health and your future, in general.

What Are Important Dental Hygiene Tips in Dallas for Seniors?

Filed under: Uncategorized — distinctivedentistry @ 5:07 am

As you get older, it’s important to take good care of yourself in all respects. This certainly applies to your teeth and gums, as a diligent oral care routine can make a world of difference for your smile. Just like the rest of your body, as you get older the potential for oral health issues to crop up increases. Keep reading to learn valuable dental hygiene tips in Dallas that can minimize the trouble your teeth encounter while you enjoy your golden years.

END_OF_DOCUMENT_TOKEN_TO_BE_REPLACED
Comments Off on What Are Important Dental Hygiene Tips in Dallas for Seniors?
Older Posts » 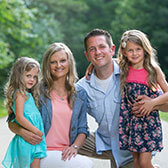 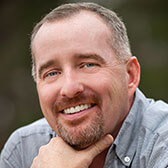 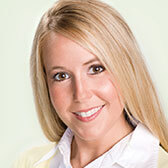